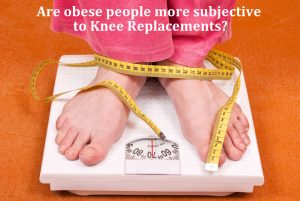 New Orleans orthopedic surgeons are finding that the rising rate of obesity among people under the age of 65 may be the primary reason for the rapidly increasing number of knee replacements being performed in the United States.

The findings contradict the popular belief that aging baby boomers and weekend warriors are responsible for the unprecedented rise in this type of surgery.

Researchers examined data from more than 9,000 knee replacement patients that were gathered by more than 125 orthopedic surgeons from 22 states.  And the findings showed that at least 55 percent of patients younger than 65 were obese compared with 43 percent of those who were over the age of 65.

Compared with those patients who were 65 and older, twice as many of the patients younger than 65 were severely obese. The younger group of patients surveyed also included higher rates of smoking and lower mental health scores, the investigators found.

What was once considered to be a procedure for older people or those who suffered from sporting injuries, the approach toward hip replacement surgery is evolving. Studies reveal that younger patients are more obese than older ones and therefore they experience the same amount of pain and functional disability as older patients – and in some cases even more.

What New Orleans orthopedic surgeons are seeing is that the rise in obesity rates in younger people is in direct correlation with the number of total joint replacement surgeries being performed. And it should be known that these procedures are neither premature nor unnecessary.

Knee replacement surgeries are one of the most common procedures in the United States, with approximately 600,000 performed each year at a cost of $9.9 billion. This statistic is expected to increase to 3.48 million procedures a year by 2030.

Total knee replacements have been performed successfully at all ages, from a young teenager with juvenile arthritis to an elderly patient with degenerative arthritis.  But unless we see a significant reduction in the obesity rates in this country, we will continue to see the necessity for more and more of these procedures.