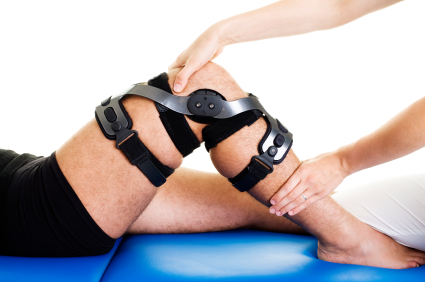 Recent studies show that essential amino acids prior to and after knee-replacement surgery helped patients (average age 69) recover faster and with much less muscle atrophy than a group ingesting a placebo.  And according to New Orleans orthopedic surgeon Dr. Richard Meyer, this information could mean relief and a quicker recovery for a growing number of aging adults who need to undergo total knee replacement surgery.

Weakening in the quadriceps (a group of four muscles on the front of the thigh) has been a consistent problem following knee-replacement surgery.

For the research, 12 members of a control group receiving 40 grams a day of a placebo averaged an 18.4 loss in quadriceps muscle mass in the leg that was operated on six weeks after surgery.  On the other hand, those receiving the supplement of eight essential amino acids averaged a 6.2 percent loss.

Your New Orleans orthopedic surgeon found that the essential amino acids were able to lessen the amount of muscle loss.   Also, the functional measures that studied — getting up out of a chair, going up a flight of stairs and going back down the stairs — were all back to baseline in the treatment group, whereas in the placebo group those times on all of the functional measures were much longer, suggesting that this is a means at which functional recovery can be accelerated.

Six weeks after knee replacement surgery, patients in the control group took more time to rise from a chair, walk about 10 feet, turn around and sit back down, compared to before having the surgery. Patients who took the essential amino acids took about the same amount of time as before surgery.

Your New Orleans orthopedic surgeon points out that another potential benefit is that combined with technological improvements in the components used in knee replacement surgeries, supplementation with essential amino acids may allow patients who decide to have the surgery earlier in life to return to work and daily activities faster.