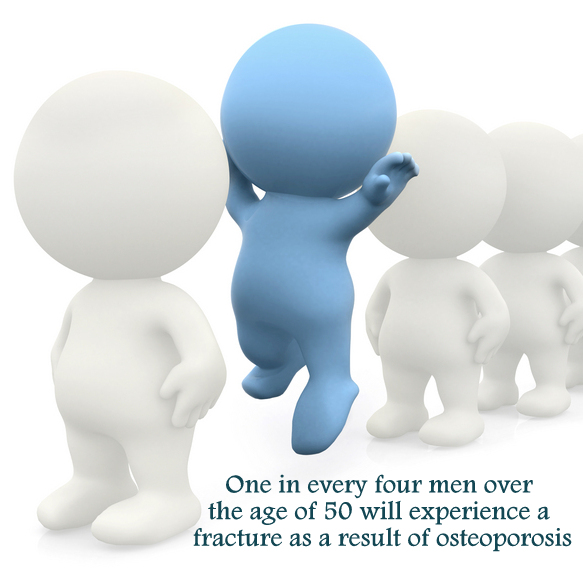 Even though one in every four men over the age of 50 will experience a fracture as a result of osteoporosis, according to New Orleans orthopedic surgeon Dr. Richard Meyer, few men are getting screened and treated for the disease.

Studies show that compared to women, men are nearly 10 times less likely to get a bone density scan after fracturing a wrist. Worldwide, one in three women over the age of 50 will experience a broken bone that is associated with osteoporosis.

Both men and women who break a wrist and who suffer from osteoporosis are at an increased risk for a hip fracture. And the point here is that osteoporosis is not a disease that affects only women.

In many cases, fracturing a wrist in a fall may be the first indication of osteoporosis. According to your New Orleans orthopedic surgeon, they are the earliest of the fragility fractures and they typically appear 10 to 15 years before a hip or spine fracture.

So why aren’t orthopedic doctors screening men for osteoporosis?

Like many of us they still consider the brittle bone disease to be something that strikes only women. Experts agree that men and their orthopedic doctors need to be more alert to the possibility of osteoporosis when a fracture has occurred.

It’s important for New Orleans orthopedic surgeons to recognize that when a man suffers a fracture in his mid-40s or -50s and has a history of being sedentary that a bone density scan is a reasonable precaution.

Men who want to avoid osteoporosis should stay active with weight-bearing exercise and take plenty of vitamin D and calcium.

If you want a bone density scan to rule out osteoporosis, call the office of New Orleans orthopedic surgeon Dr. Richard Meyer to schedule a consultation.