According to New Orleans orthopedic surgeon Dr. Richard Meyer, more than half of the adults in the United States who are diagnosed with knee osteoarthritis will opt for knee replacement surgery. While improvements in devices that are implanted has made the procedure extremely effective, pain control following surgery remains a stubborn and common side effect for patients.

A recent study found that injecting a new longer-lasting numbing drug into the tissue surrounding the knee during surgery may result in a faster recovery time and greater patient satisfaction.

It’s estimated that the number of total knee replacement surgeries has more than tripled during recent years. And arthritis remains the most common source of chronic knee pain and disability. However, a study in June of last year indicated that 95 percent of knee surgeries are linked to the widespread cases of overweight and obesity in the country.

During the two-hour knee replacement surgery, your orthopedic surgeon New Orleans removes the affected cartilage and bone, and inserts a knee implant to reinstate the alignment and function of the knee. Over 90 percent of knee replacements are still working 15 years post-surgery. 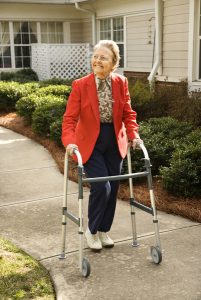 In the recent study, 216 patients were assessed for pain control the first two days following surgery. Half of the patients received the traditional pain control method in which numbing medication is injected into the groin area, dampening the main nerve down the front of the knee. This procedure utilizes a pain pump to prolong pain control for two days but sometimes results in leg weakness. Pain control came at the price of weakness and made patients somewhat hesitant to walk during their hospital stay.

The other half of patients received the injection at the site of the surgery and many patients were able to walk comfortably within hours following surgery.

According to your New Orleans orthopedic surgeon, the injection surrounding the knee itself enhances pain control early on without the side effects of the traditional technique. Functionally, it was much easier for patients to move around more confidently. In the past decade, we’ve made major improvements in pain control for knee replacement surgery and this option is a promising one.

If you are interested in knee replacement surgery, call the office of New Orleans orthopedic surgeon Dr. Richard Meyer today to Schedule a Consultation.