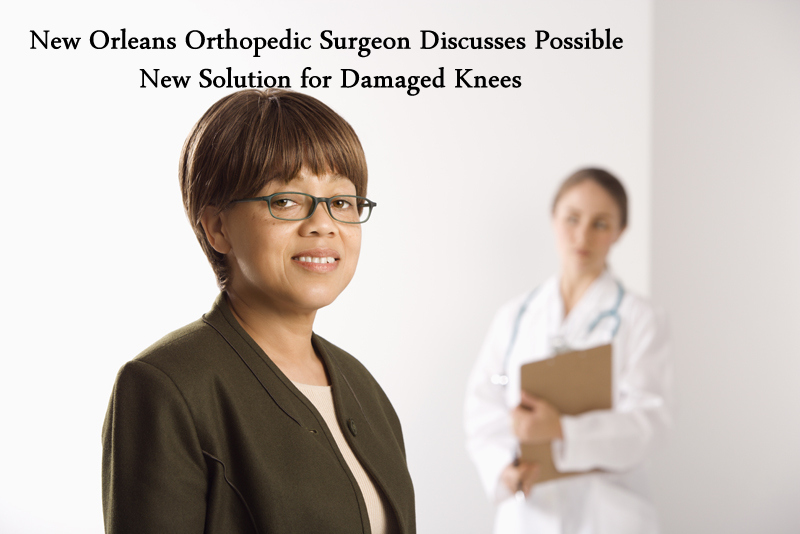 Researchers have produced artificial replacements for arms, legs, joints and other body parts. But developing an artificial meniscus — the cartilage pad in the knee that millions of people injure every year — has somehow dodged modern medicine. According to New Orleans orthopedic surgeon Dr. Richard Meyer, researchers are now very close to achieving that goal. This advancement could help prevent more serious problems such as arthritis and knee-replacement surgery, in coming years.

Recent reports indicate that scientists from Cornell and Columbia universities in New York have successfully tested a method of growing a new meniscus inside the knee joint in sheep by utilizing a 3D printer and the body’s own stem cells. They plan to begin testing this new technique in humans soon.

According to your New Orleans orthopedic surgeon, the demand for replacement menisci is high. The crescent-shaped pads that separate the thigh and shinbones act as shock absorbers when people walk, run, pivot and bend. But they are highly susceptible to tearing, particularly in athletes.

The majority of meniscus tears are minor and go unnoticed, while others cause pain, stiffness and swelling, and pieces may catch or slip as the knee moves and tear further. Tears that take place near the outer edge can be repaired by your New Orleans orthopedic surgeon, but the inside of the meniscus contains no blood supply so repairs there rarely heal.

Tests on the first group of sheep – whose knee joints are similar to those in people – found that after a three month period, the implant possessed structural and mechanical properties similar to a natural meniscus.

Researchers are now reviewing data from a second group of sheep, after six months with the regrown menisci, and the chances are there will be multiple new approaches within the next two years. There’s no doubt that eager patients are out there.

If you are experiencing knee pain and would like to discuss a solution – don’t hesitate – call the office of New Orleans orthopedic surgeon Dr. Richard Meyer to Schedule a Consultation. You don’t have to live in pain!