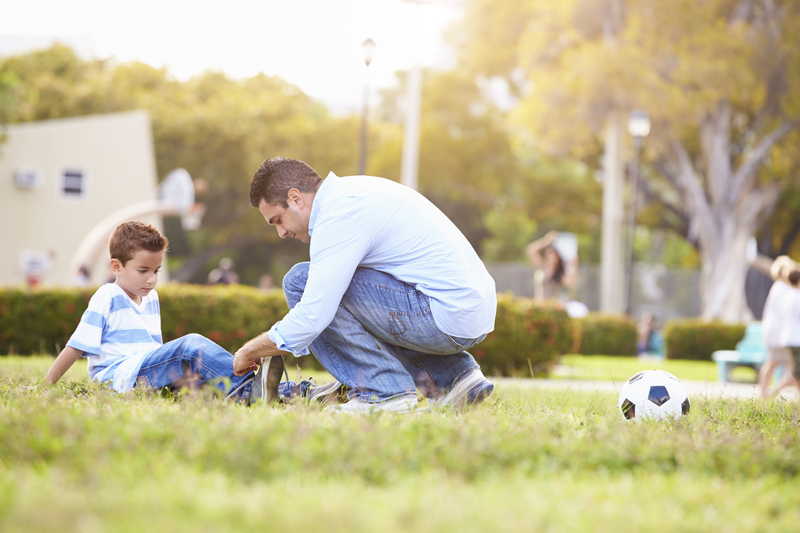 Football is one of the most popular sports played by young athletes in the country. But according to New Orleans orthopedic surgeon Dr. Richard Meyer it also leads all other sports in the number of annual injuries.

Some injuries are unavoidable, but some can be prevented – or at least minimized – by taking certain precautions.

The combination of intense practice sessions, hot weather, fast speeds and full-on contact can result in traumatic injuries. More so than other sports, football players’ bodies are vulnerable to injuries caused by collision because of the man-to-man contact during blocking and tackling.

While there is little that can done to diminish the intensity of play during games, there are many strategies youth football players can use to reduce contact at practice, thereby controlling the risk of serious injuries.

For example, common sense tells us if we are able to achieve the risk reduction needed for concussions in practice, then we should obviously limit the number of full-contact practices. That means only a small percentage of practices should be devoted to full contact.

Concussion: Your New Orleans orthopedic surgeon reports that concussions are one the most serious and common football injuries, which are the result of injury to the brain following trauma. The problem is that while it is obvious a player has suffered a concussion if he blacks out after a hit, coaches must be aware of the other warning signs as well, as consciousness does not impede a serious concussion.

If a young athlete expresses any change in his mental state – including confusion, amnesia, headache, struggling for balance, numbness or tingling, nausea, vomiting or drowsiness – he should be removed from the field immediately and not allowed to return until he has been evaluated by a health care professional.

Your New Orleans orthopedic surgeon warns that under no circumstances should the athlete be given non-steroidal anti-inflammatory medications or aspirin as they could lead to further bleeding or swelling.

Traumatic knee injuries: While concussions and spinal cord injuries associated with football are the most serious, there are others that are also considered to be serious. Traumatic injuries to the knee can be controlled by limited contact during practice and by having referees put the safety rules into play not only in the competitive games but also in practice.

Among the traumatic injuries that football players can sustain are injuries to the cruciate ligaments, patella, meniscus and articular cartilage. A combination of tears to the ACL and MCL are more serious than an isolated ligament tear. Knee dislocations are the most serious knee injuries seen by your New Orleans orthopedic surgeon because they can be limb threatening.

Any of these injuries can affect football players’ long-term involvement in the sport and life beyond. Hard surfaces and cutting motions contribute to a number of other injuries, which are not 100% preventable, but the risk factors must be recognized and the injuries associated with youth football should be curtailed as much as possible.

If you have any questions regarding your child’s participation in youth sports and how to keep them safe, call the office of New Orleans orthopedic surgeon Dr. Richard Meyer today to schedule a consultation.