Tips for Dealing with Bursitis 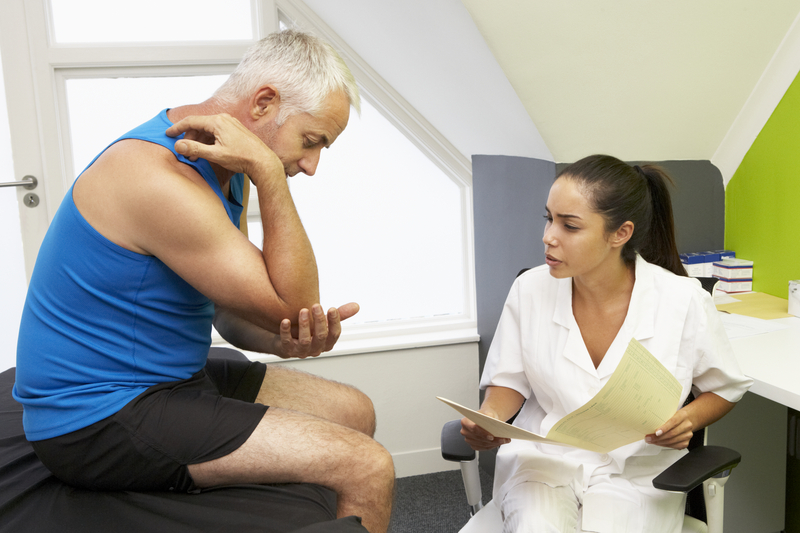 According to New Orleans orthopedic surgeon Dr. Richard Meyer, like arthritis and tendinitis, this common source of discomfort – affecting millions each year – (particularly older individuals, including those seeking to stay active) can be traced back to irritation or inflammation in the joints.

However, unlike arthritis and tendinitis – which involves the irritation or inflammation of a tendon – the onset of bursitis typically occurs swiftly. It is common in the shoulder, elbow or hip, which are the three joints bursitis most often affected.

Bursitis is named after the tiny fluid-filled sacs called bursa that are located in large and small joints throughout the body. These bursa help make movement smoother, by providing cushion to reduce friction in joints, where bone, muscles and tendons converge. So, it really provides for gliding of muscle and tendon over a bony prominence explains your New Orleans orthopedic surgeon.

For many, bursitis just causes some joint tenderness, which subsides on its own over time. Experts say often giving the joint a rest, such as not kneeling on an affected knee or leaning on an elbow with bursitis, together with modifying or limiting other activities that involve repetitive use of the joint, can help.

Pair that with over-the-counter pain medicine, as needed, and that’s typically sufficient to address the issue. In some cases, bursitis proves asymptomatic – and it’s only discovered accidentally, such as during an MRI, if it’s detected at all.

But frequently, the pain can prove more substantial. As a result, bursitis can stand in the way of everything from gardening and running to physical work, such as painting that requires reaching overhead. Your New Orleans orthopedic surgeon finds that often other issues, such as tendinitis occur in the same joint and compound problems.

In addition to rest and over-the-counter acetaminophen to address the discomfort and suppress inflammation in the bursa, your orthopedic surgeon may recommend an anti-inflammatory medicine, such as ibuprofen or naproxen. Experts say it’s important to see a doctor if problems don’t resolve with such interventions for a proper diagnosis, as bursitis and tendinitis are often confused.

You could try modifying activity, a short course of an inflammatory medicine, a stretching and strengthening program, or a physical therapy program, and in some cases, that might be enough. Typically, if that doesn’t do it, then you can move on to a cortisone injection, which is administered directly into the affected bursa. In most cases, this is a long-term fix, which differs from treatment for some other common conditions affecting joints, like arthritis, which routinely involve ongoing therapies.

In the most severe, persistent cases, surgery may be recommended to remove the affected bursa, but it’s not typical.

If you’re experiencing pain – and need a proper diagnosis and treatment – call the office of New Orleans orthopedic surgeon Dr. Richard Meyer today to schedule a consultation. You don’t have to live in pain!