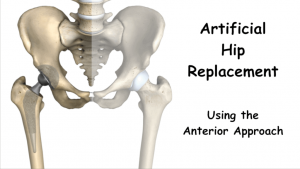 The success of traditional hip replacement surgeries have laid the foundation of confidence and belief of numerous people who have hip problems, have been injured in major accidents or have partial disability and immobility due to certain musculoskeletal problems.

Today, there are two types of hip replacement surgeries

The latter, Hueter approach, is the more traditional one and had been the only type of surgical procedure used for hip replacement. The direct anterior approach aol desktop gold service number is a more recent development and is the most state of the art hip replacement procedure.

The fact that the incisions are very small is advantageous for the surgeons and beneficial for the patient. The surgeon doesn’t have to deal with a large opening and the patient doesn’t need to be concerned about scarring or other side effects that come naturally with large incisions.

The Hueter approach had another major challenge which has been done away with the direct anterior approach. The hip replacement surgery requires extensive operating of the area and that can often adversely affect the muscles and tendons in the adjoining area. With the direct anterior approach, this can be avoided. The surgery uses a small incision and is more precise, leaving no possibility of affecting the adjoining muscles or tendons.

If you have any questions relating to the anterior approach to hip replacement surgery, feel free to call our office to schedule a consultation.

Call our office
Schedule a Consultation