How Soon Can You Drive Following Hip Replacement Surgery? 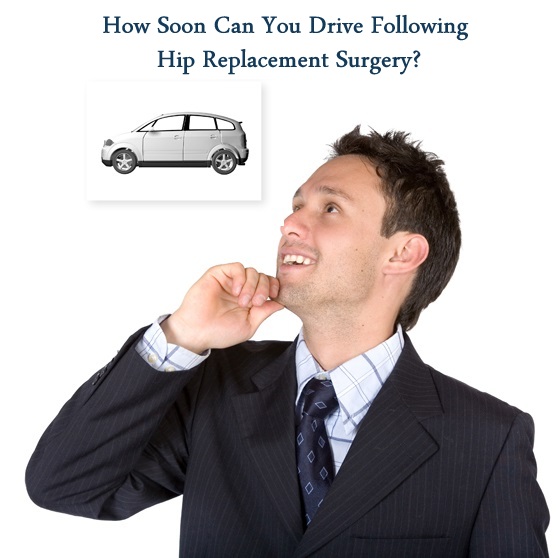 For people suffering from hip problems, many don’t consider replacement surgery because of the long-term effects on their life. According to New Orleans orthopedic surgeon Dr. Richard Meyers, because of enhanced surgical, pain management and recovery procedures, patients who have a total hip replacement may be able to drive safely and return to normal activities as early as two weeks post-surgery.

Each year, more than 300,000 patients opt for hip replacement surgery in the U.S. Previous recommendations suggested between six and eight weeks of recuperation before getting behind the wheel. However, recent developments in surgical treatment and care have reduced this time frame.

In a study conducted in November of last year, researchers evaluated nearly 40 patients who underwent total hip replacement between 2013 and 2014. Their driving performance was assessed using the Brake Reaction Test, which measures brake time response following a stimulus.

Other findings of the study included:

According to your New Orleans orthopedic surgeon, brake reaction time went back to baseline or better in the majority of patients undergoing contemporary total hip replacement surgery by two weeks following surgery, and all patients achieved a safe brake reaction time established by nationally recognized guidelines.

These findings have allowed orthopedic surgeons to encourage patients to re-evaluate their driving ability as soon as two weeks after their surgery. However, patients should never drive if they are still taking narcotic pain medication.

If you want to know if you are a candidate for a total hip replacement, contact our office today to schedule a confidential consultation.